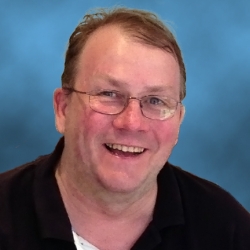 Robo tool is easily extendable and is able to the step we need to do for the release.

Current status is that one PR has been made to improve the list view: https://github.com/joomla/joomla-cms/pull/7646

More work needs to be done to move features into the current media manager.

There is limited progress a call for action has to be formulated and a leader has to be found to organise it. Most likely candidate is coming out of Dutch group so there is a halfway realistic chance of adding it to 3.5. Roland is contacting the team.

A decision has to be made by Hannes whether or not he can finish the routing for Joomla 3.5, this will be determined by October 4th.

Document has been copied from 2015 document and should be reviewed and revised by everyone.

Once goals and objectives have been reviewed we can look at the budget.  Balance between expenditure on non-Joomla events and JoomlaDays was discussed, but we are comfortable with it because our support of JoomlaDays is only in respect of attendance; we do not sponsor JoomlaDays.

Language packages and SSL certificate from Amazon are blocking.

Difficult to extract from joomlacode.org

Waiting for current certificate to expire beginning of november.

Ask Tessa if she can take responsibility for organising the PLT attendance at Joomla/non-Joomla events. Making sure hotels are booked, people are arranged and budget is made.

Start with overview document of JDays and Events to attend. Plan attendance in advance.

George Wilson candidacy put up for vote and accepted as representative for the Transition Team.

Chad has resigned, call for action of replacement candidate by Roland.

Planning and handover should start soon enough to have a chance to get in.

Serious problem on the JED API that needs to be addressed properly. Chris will write an email to the CLT to make them aware of the problem.

Details of procedure such as time allowed to fix an issue before disclosure, etc.

Chris will draft an email to CLT (Sander?).

Roland will contact Tobias on coming up with a filter for issues that go on a “wishlist”. Adding a “prefilter shortcut” to do the reporting.

Roland and Marco to brainstorm on focussing more during PBF and marketing it up front so that for example the experienced developers split off to work on selected items.

We should take set dates seriously to be effective in handling topics. Virtual attendance is not proven to be effective.
We will look and adapt rules as set forth by CLT and or OSM, for summits, joomla days, events and such.

A second PLT Summit for 2016 should take place in Sept/Oct.  Final decision on date, etc. to be made at the PLT Summit after JAB16.

Contact Tom on status of PLT related websites, and plan for maintaining them. If tom has insufficient capacity then we should look for extra or replacement to keep sites up to date.

We have 3 possible ways of treating  sample data

Its decided to go for the “website” approach. For modification of sample data a clean install can be complemented with the current sample data set ( mechanism to be documented/defined )
Changes can be made by any user on their local installation. By providing a dedicated tool (CLI script) the relevant sample data will be exported and can be used as part of a pull request.
Only pull request based on that “format” will be taken into consideration for merging. GIT code owners / maintainers should enforce this.

18. Liaison with other Teams

We see a liaisons are part of the team so someone who is a liaison should always be invited for team meetings.

Marco will join Capital Committee and make the PLT point of view known.

Update action points and activity report before next meeting.