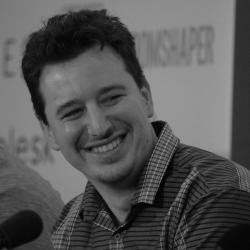 Planning is under way for the team’s meeting at the Joomla World Conference, we will conduct an in-person meeting on the day before the event.  The 3.8 beta release was published as the meeting ended, the planned release timeline calls for the release candidate to be pushed on September 5 and the stable release on September 19.  Finally, the team leads had a discussion regarding the minimum supported software stack for the next major versions of the CMS and Framework with an announcement forthcoming.

There have been some unexpected issues with the new Jenkins testing infrastructure that has set back transitioning to fully using it, the team is working to address these issues.  The team has also been actively engaged with the GSoC projects.

The Bay Area Joomla User Group will be running a PBF event on August 12, team members will be online to assist during the day.  We are looking into ways to track team member activity in areas beyond our issue tracker.

Travis-CI configurations have been updated in all repositories for the new images they have pushed out, a couple of packages have issues with these configurations that will need to be addressed.  Use of the PHPCS 2.x standard has started to roll out to the packages as well.

Anibal Sanchez and Niels Braczek will be representing Joomla at the GSoC Mentor Summit later this year.  For the 2018 program, the team will start the process much sooner (targeting November/December 2017) for recruiting possible mentors and gathering project ideas.  More notes can be found in the team’s latest report (https://volunteers.joomla.org/teams/google-summer-of-code-joomla-team/reports/617-gsoc-team-meeting-and-updates-july-august-2017).

The team is preparing an information document about custom elements to help the department teams be best informed about different manners of implementation and inherently how it should be done in Joomla 4.  The team is currently working on getting a testing environment set up for automated test coverage of the custom elements code.

The Joomla!X ORM has successfully been backported to Joomla! 3.7.  When asked about how to publish this package, we decided to use the `joomla-x` vendor namespace on Packagist as a means to denote experimental packages.

Activity has been slow the last few weeks due to team member holidays and focus on Joomla! 4 work.  Through the GSoC project, a demo plugin integrating Dropbox support is now available.

Thus far, Joomla has been the only CMS to react to the web installer issue (see https://developer.joomla.org/news/702-best-security-process-fast-reactions-to-new-threats.html for additional context).  Several team member applications have been received and will be reviewed at the team’s next meeting.

The new team lead has been brought on board and is working to get the team structured and functional.  Already, there are several tasks and focuses being discussed related to Joomla! 4.  Also working to get the Accessibility team running and prepare the team and its lead to be voted as an “official” project team.

The meeting was adjourned after 1 hour 35 minutes.