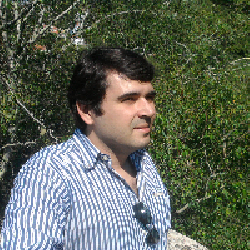 I started working with Joomla in 2013 and since them i have used Joomla for a lot of projects.

I have tested other CMS but none of them had the flexibility Joomla has for the type of projects i develop. As result, from 2013 to 2015 i learn and gain some knowledge of how Joomla works.

By 2015 i found some bugs in Joomla and so i decided to start reporting them in Joomla GitHub.
By the end of 2015, i was waiting for Joomla to release version 3.5 with PHP 7 support.
Went to Joomla GitHub to check when it would be released and, noticed that volunteers were needed to help with the release, so i decided to go one step further and started testing and making some minor Pull Request to Joomla main GitHub repository.

As the days passed i started to know this great community which welcomed me with open arms and ... without notice i was already involved in the community!