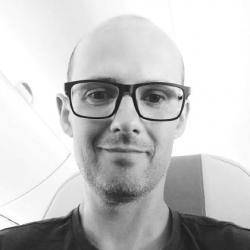 I am with Joomla since 2007. Started with Joomla 1.0 as a platform for gaming community website which I was developing and maintaining. The same year I have joined joomlaforum.ru and keep staying with it helping people to solve their problems, answering on their questions and moderating it. More then 7000 posts speak by themselves :-)

In 2009 I started to learn Joomla development (hello Joomla 1.5 era). That was a time when I've developed a lot of small, but useful extensions for usage on the above mentioned gaming website. Since 2011 I am trying to focus on the development of various extension

In the summer of 2012 I joined CMScafe.ru (ex Joomlablog.ru) to share my development experience with the public. It has proved to be one of the most competent resources in the Russian speaking Joomla community providing the most actual information about Joomla Project, Joomla development and translating the most interesting articles about Joomla! CMS.

In 2013 I started to contribute to Joomla! Issue Tracking application. My first commit is dated Apr 30, 2013. More than 180 commits and 20,000 lines of code have been pushed ;-) Of course without Michael Babker and Nikolai Plath this baby would never born :-) You know the result - issues.joomla.org, don't you? ;-)

In the same 2013 I was among the first Joomlers who was trying to push Joomla on the StackExchange network. We were working hard and achieved our goal. Now Joomla Project is running on joomla.stackexchange.com. You are welcome to join it, help others and share you experience in answers.

Year 2014 started with the proposal of Chad Windnagle to join GSoC as a mentor for JIssues Tracker project (Nikolai Plath was a second mentor). That was a challenge for me that I accepted. The project succeeded and improved JIssues Tracker application a lot. You did a great job Zehan (Allen) Zhao.

In 2014 and 2015 I was attending "J and Beyond" as one of the winners of JET Program. That was a huge experience for me. Besides meeting Joomlers in real life is so pleasant thing :-)