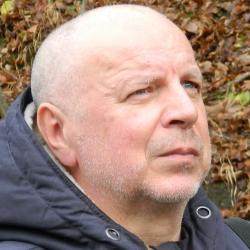 Internet craftsman carrying on the heritage of European manufacturing traditions through original Web designs. If you want a great looking, handmade, custom-tailored Joomla site, look no further. I can provide a one-stop shopping experience that offers design, programming, maintenance, protection, and SEO, all from one reliable source. "Like a fine wine... Good from the start and getting better over time."

I'm using this very capable CMS back from the old Mambo times, and was among the first ones to switch to Joomla when an important group of core Mambo developers decided to leave the project and start the new venture, known today as Joomla. As a person dedicated to Open Source movement generally and to Joomla!® especially I decided to support the Joomla!® community by sharing the knowledge accumulated over these years. I have published over 40 freely available add-ons for Mambo/Joomla - most of them are up on JED, and I am running one of oldest Joomla tips sites around, started about the same time Joomla 1.0 became stable. Some of solutions I published there are hardly worked and extensively tested, others are clean, elegant lightsaber cuts - "a cut above the ordinary" as Obi-Wan Kenobi would say. But all are there to help you cutting your own way in the today's web jungle following the Joomla's path. If you try to find my footsteps, just try to google on my nick (webGóbé).