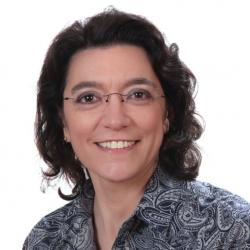 I'am argentinian but I'am living in Germany since 1998. I came here to make my PhD in Biology. I was always interested on computers and never was afraid to learn about new software and so I also learned how to develop websites.

I discovered Joomla! on 2006 and I felt in love with it! As a mother of 3 I wanted to work from home and so 2008 I decided to have my own company and work on websites with Joomla! In May 2014 I visited my first Joomla! event (jab14) and some months later the JoomlaDay Germany. I like the Joomla! Community and to be involved in the development of Joomla. I have contributed several times in the Joomla Magazine Spanish Edition. I helped with the relaunch of joomla.de and together with Toni Gerns I started the j!-over project for Joomla overrides. With j!-over we won the J.O.S.C.A.R as "Innovation of the Year" at the JAB2015.