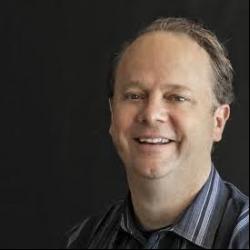 One of my favorite questions at Joomla events is to ask Joomlers what their story is. How did they end up at a Joomla event? I have shared mine many times in conversation but have never captured it in writing, until now…

I acquired a Bachelor of Music degree from Lawrence University in 1996. I began looking for teaching positions and through a strange twist was offered a full time position directing a youth ministry program for a very large Catholic Church in the Diocese of Green Bay, WI. I had no experience in web development at the time. We had several rounds of volunteers building websites for a church serving 8000 parishioners with varying levels of effectiveness. In June of 2004 we had a volunteer set up a new site for the church using Mambo. As the youngest/most technically adept staff member I became the go to for any problems or questions that people had with the website. With my education background and growing technical skills, I became increasingly proficient at troubleshooting and training others; clergy, nuns and laity, to be effectively creating and managing their own content on the website.

In the early 2000’s Dreamweaver development was the norm in our area. Many organizations were frustrated to be at the mercy of the webmasters who were managing content via static html and updating sites exclusively over ftp. They had to wait for and pay hefty hourly rates for even simple content changes.

In time other area churches, organizations, and businesses were hearing about how our church was effectively managing an up-to-date site with new content from multiple non-technical writers. The content was appearing on a consistent weekly basis. I started realizing there was a lot of demand in the local community for this type of site. Remember, most of the sites we were seeing required a client side license and install of Dreamweaver and knowledge of how to use it. I had played around with PHPnuke and Postnuke for a few projects but quickly came to favor Mambo, now Joomla! above all else.

In 2006 I launched interGen, a web development and hosting company specializing in building and maintaining sites using Joomla. We were operating out of my hometown of Oshkosh WI with most of our clients being located in and around northeastern Wisconsin. To this point, I had learned some of the names of people in “the community”, but had never met anyone else using Joomla other than our clients.

By 2012 interGen had acquired clients located across the northern half of the United States. Our family relocated from Oshkosh to Milwaukee WI. It was about a year later that I realized that one of the extension developers whose products I had been using for almost a decade was just on the outskirts of Milwaukee in Sussex WI. One of the team members at that company was doing a presentation at a local meetup on SEO. It was a small group and she was excited to meet another Joomler in the area. A few of us went out for drinks afterward and I learned about a much bigger gathering of Joomla users in Boston that was coming up in few months. She was talking about the Joomla World Conference (JWC) held at Harvard University in November of 2013. The thought of hearing from and meeting all the developers was too much to pass up.

My weekend at JWC morphed from being a little star struck at meeting Joomla founders, core contributors, and extension developers to wondering about how I could be a part of everything. Part way through the weekend I was started going to break out sessions not just to learn about the subject matter, but also to see how I could get involved. It required some effort. I had a few false starts on different teams. It was on the last session of the last day that I went to learn about something called the Joomla Resource Directory. Team leader Chris Nielsen did a presentation on expected changes in an upcoming rebuild of the JRD team and website. I gave him my contact information and I was in!

I have enjoyed attending JUG’s, and JoomlaDays and conferences ever since. It is pretty easy to piece together the rest of my story from my profile on the Joomla Volunteers Portal. While this is the end of this narrative; it really marks the beginning of the story as it took me nearly a decade to learn that Joomla isn’t so much a piece of software as it is a community. It is a community to which I still greatly enjoy being a part and contributing.

So that’s my Joomla story. What is yours?