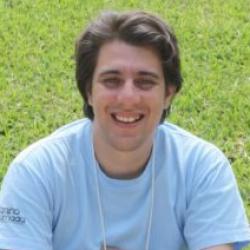 I consider myself an IT entrepreneur and enthusiast, devoting my entire career to the web and I've been working with and promoting Joomla since 2007.

When Joomla! was just about to change from 1.0 to 1.5, I decided to launch my own company, and joining forces with my wife, Pao, in that entrepreneurship

Testing several tools, I stumbled upon Joomla! and as a developer I liked its flexibility and scalability. So we started working several client websites, in Joomla! 1.0 and then in 1.5.

A couple of years after that, I noticed that one of my schoolmates, Leonel Canton, was the leader of Guatemala City JUG, so it was pretty easy joining forces with him to make some successful (and unsuccessful) meetings, and later on, two highly successful Joomla! Days in our city.

From there on, I've been meeting interesting and awesome people, some of them who I can also call friends, some of them are part of my JUG and some of the international community. So far I've been able to attend JWC 2012 and 2014, and in the last one I had the honor to be a part of the team, reaching the Latin American community and coordinating the first Spanish track in a JWC.  Also I joined the Automated Testing team in 2015 where I've been leading the Docker initiative to get faster and more reliable tests for our CMS and its extensions.

I'm currently one of the leader members of the Joomla Users Group Guatemala City, organizing so far two successful Joomla Days, and also part of the redWEB team - although they rumor everyone is a viking there, I'm still expecting to grow up a few extra centimeters - and there I'm a member of the senior developers.