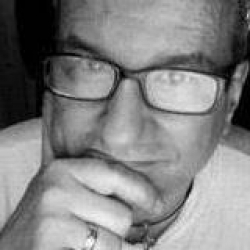 I was so frustrated in 2005 when I was trying to learn Mambo/Joomla... Everybody was trying it out, but it was new... no documentation... I had to "wing it" like everyone else. Frustrated for over a year, I finally put out an email to see if a few people would join me at a meeting at a friend's office in Chicago's Loop, to discuss how the heck this newfangled Joomla CMS worked.

To my surprise, 26 people showed up. Bam, tons of new connections made for us all, and many problems solved by working together! Very cool.

We decided to start a Joomla group that day in Chicago, to learn together how Joomla works, and how we could put it to work for our own businesses and organizations. Like many Joomla groups around the world, our group quickly grew. We surged to over 200 in a little over year, all sharing how to use Joomla, and a bunch of great apps and add-ons. We even hosted the first ever "Joomla Expo" conference, which was an instant hit, with over 200 attending.

So I was hooked on Joomla! Oh, I've tried many other CMSs, when other people said I was in a crazed Joomla trance, ignoring the others. After we were instructed by the then "Joomla powers that be" to stop using the "Joomla" trademark (long story, ask me over drinks sometime), we changed our event name to CMS Expo.

We feared the worst, but in the end, an accidental success was born to showcase Joomla to the world, alongside dozens of other CMSs and their solutions providers -- from Drupal and WordPress to DNN and Sitecore, OpenText, Liferay, Alfresco, eZ Publish, TYPO3 and many more -- each with their own set of features and benefits. Some open source, some not.

Joomla certainly stood up well to the competition, with its simple core and innate flexibility. Plus its huge community of developers gave Joomla the unique ability to simultaneously meet many needs, and solve multiple business challenges quickly. Interestingly, that wasn't a Joomla software solution, that was a Joomla people solution. Its massive, knowledgeable and strong ecosystem of 3rd party extension developers, solutions providers and site builders were the source of Joomla's superpowers. That continues today.

In my career life, in addition to hosting CMS Expo, and a portal called The CMS Connection, I'm helping spread the Joomla joy with one of the best Joomla development companies around, called 'corePHP'. We've created a bunch of extensions for our clients big and small; most recently a new e-commerce suite called paGO Commerce for Joomla! It's been a ton of fun working with some extremely innovative folks to get this software built and working to help people make a living, fundraise for their non-profit organizations, and build their businesses and organizations.

Throughout Joomla's rise, I've contributed my own little bits and pieces in various working groups. I've contributed design, writing, business advice on the organization and new software features, too. I'm not a coder, though I've recruited quite a few into the Joomla world who themselves have become contributors too, in many ways. I even got Dries (the Drupal Overlord) to pitch in with some good advice too. ;) I'm glad to see this new Joomla contributor portal here, so we can all get to know each other even better.

For what it's worth, I wouldn't call myself a "volunteer" here; I'm more of a "contributor." I do what I can to help the software improve and the professional community grow, but I think of volunteers as those who go help feed the hungry, comfort the sick, and stuff like that. I try not to confuse the two, by thinking I'm getting off easy by dedicating my "volunteer time" for Joomla. I'm giving in Joomla-land, but not like *Mother Theresa* giving. ;)

This is a unique software community though, one with a BIG heart, and I love getting to know so many of you! I give what I can, and also I get a lot back, here in the Joomla community. That's what I think makes it work for all of us. I've learned valuable skills, made great professional connections, and come face-to-face with some of the smartest people I've ever met. Boy, they wear me out! I've met so many great people here, can't wait to connect with more. I'm glad I put that first email out, back in 2007.