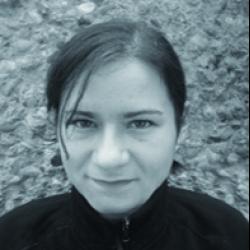 Angélique Brix has been working as a web designer, media designer and social media manager at PC Service Doppler in Wolnzach (near Munich) since 2008. She likes to create modern websites for all industries and professions with the award-winning CMS Joomla! and designs professional print data for entire business equipment such as flyers, business cards, stickers and advertisements. Today, social media has become an important building block for the marketing of companies. Google My Business and Facebook have established themselves and offer enormous potential for a successful advertising campaign. Everything sympathetic, uniform and everything from one source!

Angélique Brix discovered Joomla! in 2008 and has been creating websites exclusively with this CMS ever since. Since 2013 she visits every JoomlaDay in Germany.

Two years later, in 2015, she visited the Joomla! User Group JUG-Muenchen for the first time and since then regularly meets Joomla! enthusiasts, listens to talks about and around Joomla! or gives lectures herself, takes part in workshops, shares the knowledge and experiences with Joomla!, learns new things about Joomla! and exchanges ideas with like-minded people who have become friends.