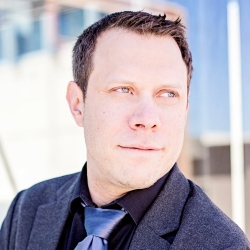 Cliff Pfeifer is Joomla expert from Denver Colorado. He owns a full service website development, design and internet marketing business in called NetSense Media in Denver, Colorado. While not working he enjoys playing music, traveling, and exploring the great outdoors. You can learn more about him at cliffpfeifer.com

I first started using Joomla around 2007 and didn't know much about it. I was running a basic website business and I needed a way to let my clients to update their own content. After trying a few CMS options I stumbled across Joomla and instantly loved it. From there, I worked as a support moderator at Rocket Theme for a few years and developed my website business from the ground up. Shortly after, I became the organizer for the Denver Joomla User Group. In 2015 I became much more involved in the community, speaking at JWC 2014 led me to speak at various JoomlaDays around the USA and opened the door for my travels around the world. I was awarded a JET scholarship to go to JAB 2015 in Prague, then became involved in the Joomla 4 UX team, attended the first UX sprint in Athens, Greece and was selected to speak at JWC 2015 in India. In 2016, I took over the Joomla UX Team, joined Joomla Marketing Leadership, spoke at JAB in Barcelona, joined Joomla Community Leadership, wrote a number of articles for the Joomla Community Magazine, organized the first ever JoomlaDay Denver featuring the first Joomla Certification Exam in the USA and gave 2 presentations and a workshop at JWC16 in Vancouver after assisting with social media marketing for the conference.