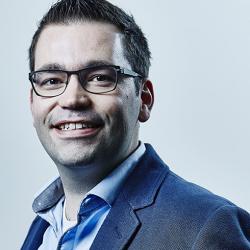 My passion for Joomla! started back in 2005 when created a Joomla! web site for my rowing team. Besides using Joomla daily within my Joomla agency I'm contributing to Joomla as the team leader of the Joomla Volunteers Portal.

My Joomla story started back in the summer of 2005. During my school holiday weeks I came across Mambo, which seems a very nice way to build websites. I used it to rebuild the Frontpage (sorry!) website for my rowing team, which was a very simple website and mainly my play-garden. At the time the website was finished, Mambo was forked into Joomla. I had no clue about forks, community and open source at that time, but simply followed the majority and converted the website into Joomla.

Slowly I started creating more websites, and became impressed by Joomla, the community, and the open source spirit. It was great to notice that people are helping out each other on the forums and that so many people from different countries and cultures are contributing their time, skills and knowledge to work all together on Joomla, used for millions of websites. Something that still amazes me every day again.

I started to contribute to the local Dutch community by helping out users on the forum and writing articles. In 2008 we had to fork the local community and started www.joomlacommunity.eu. That was the point I really got involved with the local community, launched the Joomla User Groups in The Netherlands and began helping out with organizing the Dutch JoomlaDays.

The community quickly became a big success and resulted in a huge increase of people contributing to the local community with a lot of activities. Nowadays we have 14 different Joomla Users Groups in our small country, and a big yearly JoomlaDay with over 350 people attending. Its a very strong local community and I really enjoy being part of it. In August 2011 a new episode of my Joomla story started when I was invited to join the Joomla CLT. By joining the CLT I was able to use my experience with the local community on an international level.