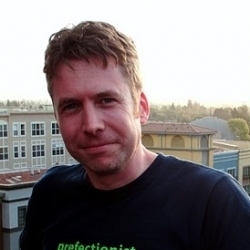 I love the freedom and possibilities that open source software gives you as user and the knowledge sharing that you can only find within such open source communities. I love Joomla, Linux, Raspberry Pi, Internet of Things (IoT) and combining them.

In the 90s I created my own HTML website, which had a discography (list of music) I compiled with the music of electronic musician Amon Tobin. His discography got visited quite well. Early 2000s the list got too long and the page load too slow. In 2003 I learned PHP/MySQL and made a web application for the discography.

A year later, in early 2004, I discovered the predecessor of Joomla: Mambo CMS. Not having to write all code from scratch, but using the CMS framework for database connection, security and screen output was awesome!

After the split from Mambo in 2005, the Joomla community started from scratch. To give something back to the community for the awesome software I was able to use for free and without limitations, I decided to spend some time at the forum to help other Joomla users solving their problems. In 2006 I was asked to help out as forum moderator.

After that I have been active in the Joomla Community Leadership Team (CLT), as mentor for Google Summer of Code, co-organizing Joomla Pizza Bugs and Fun (PBF) in The Netherlands, co-organizing Dutch Joomla Developers meetups to share knowledge.

Furthermore I enjoy sharing knowledge and have done a lot of Joomla presentations at Joomla events world-wide.