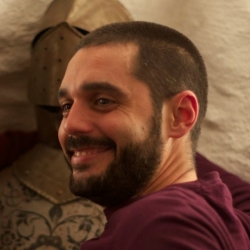 Javier Gomez leaves in Barcelona (Spain) and is member of the Joomla Production Leadership Team.

In 2010 Javier became a board member of Open Source Matters, the non-for-profit that provides organizational, legal, and financial support for the Joomla! open-source project. In 2013 javier joined the Joomla Production Leadership Team where he volunteer his time to the project. He became active in the community in 2007 by organizing the first national Joomla! meeting in Barcelona and has participated in several other Joomla events in different countries: United States, Chile, Spain, Guatemala, Cuba, Ecuador, Mexico, Germany, Netherlands... he is passionate about the Joomla! community and is focused on enhancing the internationalization of the project and the System Testing of the CMS. One of his most known contributions to the project is the Joomla! language installer (Joomla! http://community.joomla.org/blogs/community/1668-first-time-in-joomla-history.html). In his professional live he works as a Quality Assurance at redCOMPONENT.com.