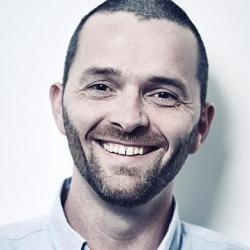 On February 28th, the Dutch organised a Pizza, Bugs and Fun (PBF) event in the city of Dordrecht. Between 20 to 25 people attended the PBF and had a great time testing Joomla issues. Not only did we test issues we also helped each other getting started. The day was also used to discuss the Joomla code and how best to solve certain issues.

After a short introduction we got started with our own scrum board. We had put up 50 post-its with issue numbers and an indication if the issue was easy, medium or hard. Having the post-its helps to get everybody started with an issue they feel comfortable with.

After an issue is tested it moves up on the scrumboard to the second section so it can get a second test. Unless there is a problem with the issue then the post-it is moved to the end of the board. The end of the board means the issue has been dealt with and requires no further action on that day.

At the end of the day we touched approximately 32 issues and had a lot of enthusiastic Joomlers. To finish off we headed out to a local pizzaria for some great pizza.

You can check out the pictures at the Pizza, Bugs and Fun page.