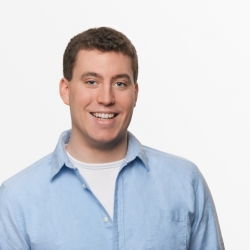 At 14th of March 2015, a total number of 110 people helped finding and fixing bugs during the very first german-speaking "Pizza, Bugs and Fun"-Event, that took place at 14 different locations in Germany, Austria and Switzerland.

The overall concept worked quite well: by focusing on the german-speaking countries, we had the possibilty to offer an event in the attendees mother language, and thereby overcome potential language barriers. On top of that, we decided to create a "decentral" PBF with many simultanious, distributed events, organised by the local JUG, to avoid long travel-distances for the attendees and allow them to discuss bugs and patches from face to face. This kind of event was possible, because the local JUG organizers did an awesome job and provided a room with wifi, a projector and some food and drinks - these drinks, and most importantly the pizza, were provided by our sponsors Crosstec and Agentur Ehrenwert.

All in all, the results of the event are pretty good: 110 attenddes did more than 140 tests, another 200 tracker actions and opened 4 new pull requests. More importantly: some attendees enjoyed contributing to the core so much, that they decided to continue this in their free time to improve Joomla.

On top of that, we were able to identify a bottleneck in the current process: a significant amount of pull requests lacks proper test instructions, which makes them almost impossible to test, especially for new users. In some cases, even experienced users and developers were barely able to find out what a specific patch is supposed to do or event test it. This is something that we need to address in the future, because it frustrates new users and makes contributing a lot harder than necessary.

Nevertheless, as the overall feedback by the organizers and attendees was a very good one, we'll have another PBF DE in the second half of 2015.

Finally, I would like to thank all involved sponsors, organizers and attendees: you helped to make Joomla a lot better!