The Capital Team manages all business level partnerships and financial sponsorships of the Joomla Project as well as the banner advertising on our web sites.

A team dedicated to ensure our partnerships with other businesses and organisations are managed in a professional and satisfactory manner.

Participants: Jason Nickerson, Rowan Hoskyns-Abrahall, Sandra Decoux Apologies: Robert Jacobi, Yves Hoppe The Capital team is moving ahead with its 2018 initiatives and the team are pleased to report everything is on schedule.  PUBLISHED MINUTES Contracts signed with our new domain...

Participants: Rowan Hoskyns Abrahall, Jason Nickerson Apologies: Sandra Decoux, Robert Jacobi, Soren Beck Jensen The Capital team has been a bit silent as of late as we worked on some undisclosed partnerships and initiatives.   We are now ready to launch some new things and are excited... 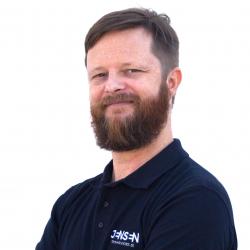 The team has not had a meeting this bi-week period. We have just transitioned in Joe Sonne as the new Team Lead and sevel members are attending HostingCon. We have a new community sponsor that needs invoicing Brian Teeman has made an introduction with a large international IT company that is...

Attending:  Brian Peat, Joe Sonne, Mike Demo, Rowan Hoskyns Abrahall Bluehost agreement for download page is nearly completed.  Positioning of ad on new downloads site has been communicated with the team working on it. Mike Demo has commitments as part of the JWC team.  Capital...

Present:  Joe Sonne, Mike Demopoulos, Rowan Hoskyns Abrahall We discussed new community sponsors. We discussed results from Hosting Con, sponsors coming on board for JWC initially with a view to a longer term relationship afterwards. We discussed ongoing need for access to project...

1) Joe gave an update on the new Ad server he is working on. He has been working on getting it online across J sites.2) We discussed the application for a new member to join the capital team. Decided to offer provisional contributor role. If they accept would get trained in by Joe to Help for ad...

Members in attendance: Mike D, Brian Peat Note taker: Mike D. This meeting was just a quick recap on a few things: Update on potential sponsorship deal HostingCon Updates Team Member Discussion We elected to postpone any decisions until the next meeting where more of the team could...

The capital team, although have been working, has failed to post timely reports. This report will serve on catch up since our last report. We apologize for this oversight. We have been having bi-weekly meetings regularly since JWC.   We also will commit to posting a report within...

Members in attendance: Joe, Mike D, Brian Peat Note taker: Brian P. Just to give a quick update on the shop : will be launched in the second week of March, we had a set back with the shipper who was first contracted , seems their API doesn't allow small packages , so had to do manual... 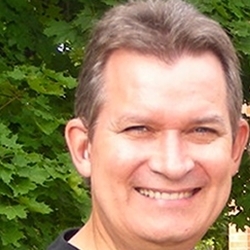 The Capital Team did not have a general meeting in February due to Team Leader's illness. In February Joe Sonne and Tessa Mero worked together with a potential vendor to secure a communications collaboration platform for Joomla.org leadership teams and working groups. Things have progressing...

The Capital Team is looking for volunteers with all sorts of fund raising related skills:

If you would like to volunteer to work with the Capital Team in any capacity send an email along with any related relevant information about your interest to mike.demopoulos@opensourcematters.org