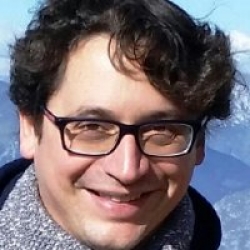 A general conversation started about the experiences Phil and Benjamin have had in their Jugs with engaging with the Joomla structures.

Benjamin highlighted the issues that face those that do not speak English as a first language.

Phil suggested that members of the VET should attend other meetings and understand what is involved in the teams. This would help make the teams feel they are listened to, and would give the VET an idea of what is happening in the teams and what their needs are.

Phil suggested that in any onboarding situation that the first thing that should happen is that the new volunteer is joined up to glip. Then in any meeting we always need to make sure the person has joined glip and if they have not then they need to be signed up at the beginning of that meeting. Then others in the meeting such as production lead and Jug leads can add them to any glip channels that would help.

Benjamin talked about the help pages and documents. Davide explained  they are being developed and will be useful.

Phil suggested that there should be some advertising about the Joomla Community when people install a joomla website. Benjamin explained this had been done in the past but was then vetoed and did not make it into J4

Learn from other communities was suggested, home automation being one of them.