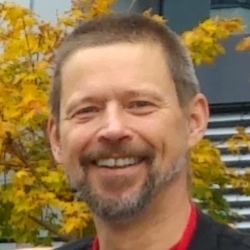 We don't have an automated reporting tool for members activity. The Top25 list from the issue tracker can tell us good candidates for new members, but don't let us spot inactivity.

We need information from the forum (and other media), too. The Volunteer Engagement Team is working on a solution.

Allon Moritz and Harald Leithner are now members of the Bug Squad. Allon is very active on the tracker, Harald mostly on Stack Exchange, which not had been seen, when he was moved to the honor list.

Members were asked to add their address on the Volunteers Portal. It is a legal requirement for voting members.

There are 10 issues with 2 successful tests that are flagged as "Need Review". We'll go through them, trying to define a strategy for handling them. For example, PR#18239 has 2 successful tests, but is broken. Because of the new situation, the tests should be invalidated, and the test instructions should be extended to cover 'required' and maybe 'readonly'.

Regular team meeting each month on the 3rd Friday at 18:00 UTC on Glip, next time Friday, Nov, 17th. The meeting will be in-person for those attending the JWC in Rome.